Home » Automated CDI Queries: Is this the End for CDISs?

Automated CDI Queries: Is this the End for CDISs?

Speed and ease of use are vitally important to provider adoption and engagement:

1) Speed the time to deliver queries because the case details are fresh in the providers mind. Queries delivered days or weeks after diagnosis and treatment become a burden on the provider and reduce the likelihood agreement with the suggested documentation change.

2) Make it easy for the providers to respond to queries within the EHR workflow. Since it takes multiple minutes to respond to each manually delivered query outside of workflow (i.e. email, EHR inbox, paper forms, separate mobile apps, etc.), an effective CAPD should have the ability to present a query at the point of care when the provider is entering the clinical notes. Instead of minutes, a query can be responded to in seconds. Staying inside of the EHR and following the preferred workflow allows for more queries to be handled in a less intrusive manner. This also improves the accuracy and timeliness of the clinical record.

The only way to create an efficient CDI system is to adopt CAPD technology embedded and integrated with the EHR which is truly concurrent. 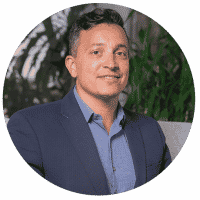 Talk Ten Tuesdays Podcasts Automated CDI Queries:
Is this the End for CDISs?

Nurses and doctors have been finding new and better ways to communicate for years.  Doctors first worked with nurses to deliver standing orders so that the patient would benefit from not having delayed treatment, and the doctor could avoid a call in the middle of the night.  If the patient gets a fever under 101 then give tylenol; if they’re diabetic and their blood glucose rises to 150 then give a unit of insulin.

When physicians are provided with all the relevant patient information near the time of them seeing the patient, they make the right decision 99.9% of the time. However if they are asked to return to old patient charts, they struggle.  In today’s medicine, if they are given too many false prompts to change documentation, they struggle.  They can’t find enough time in the day to respond effectively.  I remember my resident colleague who fell asleep at the wheel while driving back to the hospital the following night after being on-call to complete his unsigned notes.  He showed up in another ER because he slammed into a tree and those charts were left incomplete.

Similarly, when CDI Specialists are expected to provide guidance on documentation, they are often under-resourced.  Most health care providers would tell you that their query rates for inpatient charts are about 20% of all charts.  What if I told you that every inpatient chart warranted a CDI Query which would include not only DRG-shifting diagnoses, but also ones for Quality, Clinical Validation and Risk Adjustment?  Conventional thinking is to capture risk adjustment only in the outpatient setting, but the reality is that the inpatient setting is an ideal opportunity because the patients are the sickest and there’s a whole care team who can contribute to properly capturing these other conditions.

When I studied physician behavior in how they interact with queries, I found that if a query is delivered right at the time of completing their documentation, the physicians respond immediately to the query 20% of the time.  Not only that, but even if they receive 3 times the amount of queries from the A.I., the remaining 80% is addressed before the patients leave the hospital.

Like the nurses who helped develop standing orders early in medicine’s history, CDI Specialists are now the most important resource to ensure that the right evidence is available for the documentation-related decision-making.  The only difference to what is currently happening today is that the emphasis should be on getting the advice to the doctor as early as possible.  Ideally as they are completing the draft of their note, and definitely before the patient leaves.

There’s 2 areas to focus on for CDI in the world with A.I.: Education of physicians and CDI Specialists and Coders in how to automate their knowledge, and to use the computer to reduce the time needed to conduct chart review.   We want to leverage the computer in what it’s best at: synthesizing lots of data in a few seconds.  But computers don’t work in a vacuum, they require competent people to structure the logic that will be used in the initial algorithms for A.I.  If you ask whether the CDI function will become obsolete, it’s actually the exact opposite: the need is so high for trained CDI Specialists who understand how to help the computer identify the right evidence.

CDI can become the conductors, orchestrating the combinations of digital evidence now  available through the Electronic Health Record workflows.  The computer plus the CDI Specialist can deliver more timely advice to providers to improve the accuracy and timeliness of claims codes compared to the CDI Specialist alone.  Rather than replacing manual efforts, the A.I. executes the synthesis of evidence and speed needed get the query to the doctor while the patient is still being seen.  Rather than lengthy chart reviews from scratch, the CDI function provides review and oversight of the computer output.

The advent of the EHR has made documentation decision support possible due to the common workflows and digitization of clinical data available for processing.  Good A.I. can surface many medical conditions which are often hidden in the chart and often going untapped.  Targeted and timely patient-specific advice to practicing clinicians with constant oversight from CDI as the conductors is the future.  Ensuring compliance and extracting diagnoses for not only reimbursement but also for the quality, clinical validation and risk adjustment areas are more than enough to keep CDI busy for the foreseeable future.